The original concept for the Great South West Walk (GSWW) sprung from the lively minds of two Portland residents in 1980, when the Chief District Ranger of the then Department of Conservation?s National Parks division, the late Alan (Sam) Bruton and the principal of the then Portland High School, Bill Golding were seeking to utilise the outstanding natural assets of the area to help stimulate and educate local students.

“You’re mad! You want certifying!” was the first reaction to the idea of what seemed to be an unrealistic undertaking.

But the vision persisted, and in a triumph of co-operation between all parties which included at that time the Portland High School, Education Department, Lands Department, Forestry Commission, National Parks, Local Council, Commonwealth Transport Department and local landowners, work on the walk began in 1981. A short loop walk near Cape Nelson to become known as Sea Cliff Nature Walk? and now connected radially to the much longer walk, is the birthplace of the GSWW

A volunteer group who in 1984 became known as the “Friends of the Great South West Walk Inc” has continued to extend, realign, maintain, upgrade, and promote the GSWW on behalf of the Glenelg Shire community and in collaboration with Parks Victoria ever since.

From these humble beginnings and to Sam and Bill’s delight, the GSWW, a loop walk of 250 kilometres in total length has become one of Victoria’s largest (in the area) community-initiated and run projects, attracting bushwalkers and nature-lovers alike from all around the world to share in their vision. 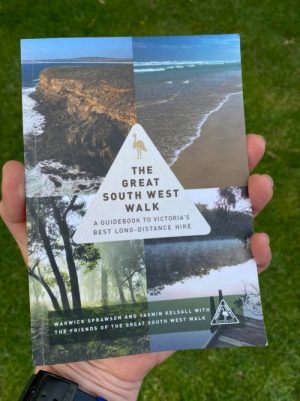